For the second year in a row, the Bloomfield Center Alliance sponsored its Holiday Window Design Contest. The promotion, first started in 2016, encourages local downtown businesses to participate in a friendly competition for the best window design during the holidays. Winners are named in two categories Judges Choice which is determined by a panel of local VIPs and Peoples Choice as chosen by visitors to the BCAs Facebook page. The Judges Choice this year was Gail Anns Beauty Salon (275 Glenwood Avenue). This is the second year that the small neighborhood salon with a loyal following has participated in the competition. Salon owner Gail Ann and her family take the job of decorating their windows for the holidays very seriously because last year they won in the Peoples Choice category. Commenting on this accomplishment, BCA Director Ollyn J. Lettman said, Our judges obviously appreciated the level of detail shown in Gail Anns window decorating down to the image of Santa Claus getting a haircut from one of his elves. It is this kind of creativity and enthusiasm the BCA was hoping for when it started the competition in order to help bring attention to our downtown and its great businesses. For Peoples Choice, the winner was Ricciardi Brothers Paint (287 Bloomfield Avenue) a residential/commercial paint decorating business located on the eastern end of the towns commercial district. Heeding BCAs invitation to take part in the competition, over 500 Facebook followers viewed the posted pictures of the decorated windows and Liked their favorites. Each business will receive a plaque acknowledging the victory along with bragging rights for their award winning displays. Given their position in the final voting and level of creativity shown respectively, two businesses - Play Money Goods (55 Washington Street) and The Wooden Spoon Southern Kitchen and Saloon (285 Glenwood Avenue) received an honorable mention. Other participating businesses included: 1) Aamco Gas, 2) AVI Design, 3) Black & White Taxi, 4) Gyro King, 5) JT Murdoch Shoes, 6) Satis Bistro, 7) Shine Jewelry, 8) Stobbs Printing, and 9) Universal Martial Arts. As to the impact of the initiative, Lettman states, Together, these businesses created a buzz and contributed to the downtowns holiday spirit, hopefully appreciated by local residents and shoppers. We feel this competition is a fun way to involve the community, while promoting our local businesses. We thank all of them for taking part this year. The BCA gratefully acknowledges the assistance of three local Bloomfield residents who helped determine the Judges Choice winner Holli Belli, Geoff Gove, and Louise Palagano and all those who voted through social media.
Share This Page 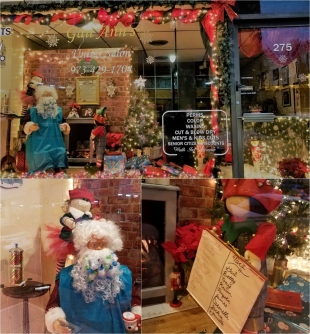 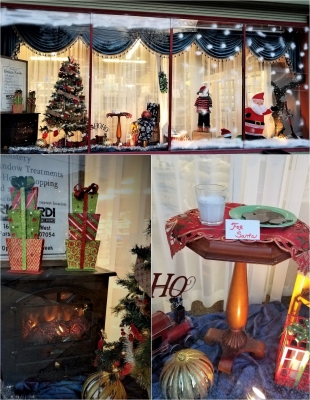