The Board of Trustees the Bloomfield Center Alliance is drawn from the district's business owners, commercial property owners, community residents/general public. There are a minimum of ten (10) member positions, often more.

The BCA Board of Trustees meets once per month, generally on the 4th Tuesday of each month. 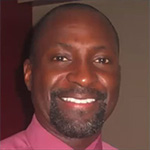