Be Uncommon. Be a Rarity. Be a Rare Breed.

Rare Breed MMA was established 2014 because of our passion for the sport of Mixed Martial Arts. Passing on the skills we’ve learned and helping each other progress to the next level is our art. The next generations of martial artists’ that walk through our doors will not just learn the skills of mixed martial arts but, they’ll learn what it means to be a Rare Breed.

Mixed Martial Arts (MMA)
A full-contact combat sport based on striking, grappling and ground fighting, made up from various combat sports and martial arts from around the world.

Muay Thai
Referred to as “The Art of Eight Limbs”; and using eight points of contact the body mimics weapons of war. The hands become the sword and dagger; the shins and forearms were hardened in training to act as armor against blows, and the elbow to fell opponents like a heavy mace or hammer; the legs and knees became the axe and staff. The body operated as one unit. The knees and elbows constantly searching and testing for an opening while grappling and trying to spin an enemy to the ground for the kill.

BJJ revolves around the concept that a smaller, weaker person can successfully defend themselves against a bigger, stronger, heavier opponent by using leverage and weight distribution, taking the fight to the ground and using a number of holds and submissions to defeat them.  BJJ can also be used as a method of promoting physical fitness and building character, and as a way of life.

Submission Grappling/NoGi
Submission grappling is a form of competition and a general term for martial arts and combat sports that focus on clinch and ground fighting with the aim of obtaining a submission through the use of submission holds. The term "submission wrestling" usually refers only to the form of competition and training that does not use a gi, or "combat kimono", of the sort often worn with belts that establish rank by color. Not using a gi has a major impact on the sport – there are many choke techniques which make use of the lapels of the gi, thus rendering them un-usable and grappling in general becomes more difficult when the opponent doesn't have a gi to grab hold of. Submission wrestlers or grapplers usually wear shorts, spats, rash guards, and mixed short clothes so they do not rip off in combat.

Women's Only Jiu Jitsu
The number-one reason women are usually given for why they should train jiu jitsu is because it teaches you how to protect yourself. That said, jiu jitsu has so much more to offer than just self defense. You'll get in shape, develop lifelong friendships, and have a lot of fun – and that's only the beginning!

Ninja's Ages 3-6
Many kids struggle with the pressure of competing with other kids. But in martial arts, the focus is on self-improvement. Kids work toward specific goals, at their own pace. They earn a different colored belt every time they reach a new skill level. This can boost self-esteem and keep them motivated. Respect is a core value in martial arts. Kids have to show it for their instructor and their peers. Negativity is generally not tolerated in class, and students are encouraged to support each other.

Kids 7-13
Whether you want your teen to gain some basic self-defense skills, or you’re hoping they’ll learn self-discipline by repeating the same moves over and over again, martial arts can be a great teaching tool.

Physical and Mental Health Benefits of Martial Arts Include: 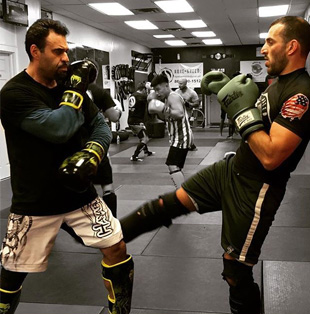 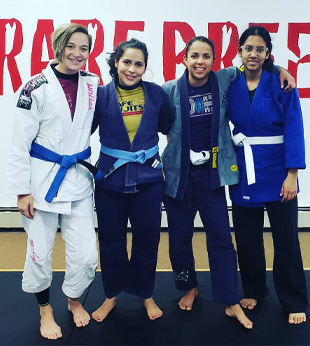